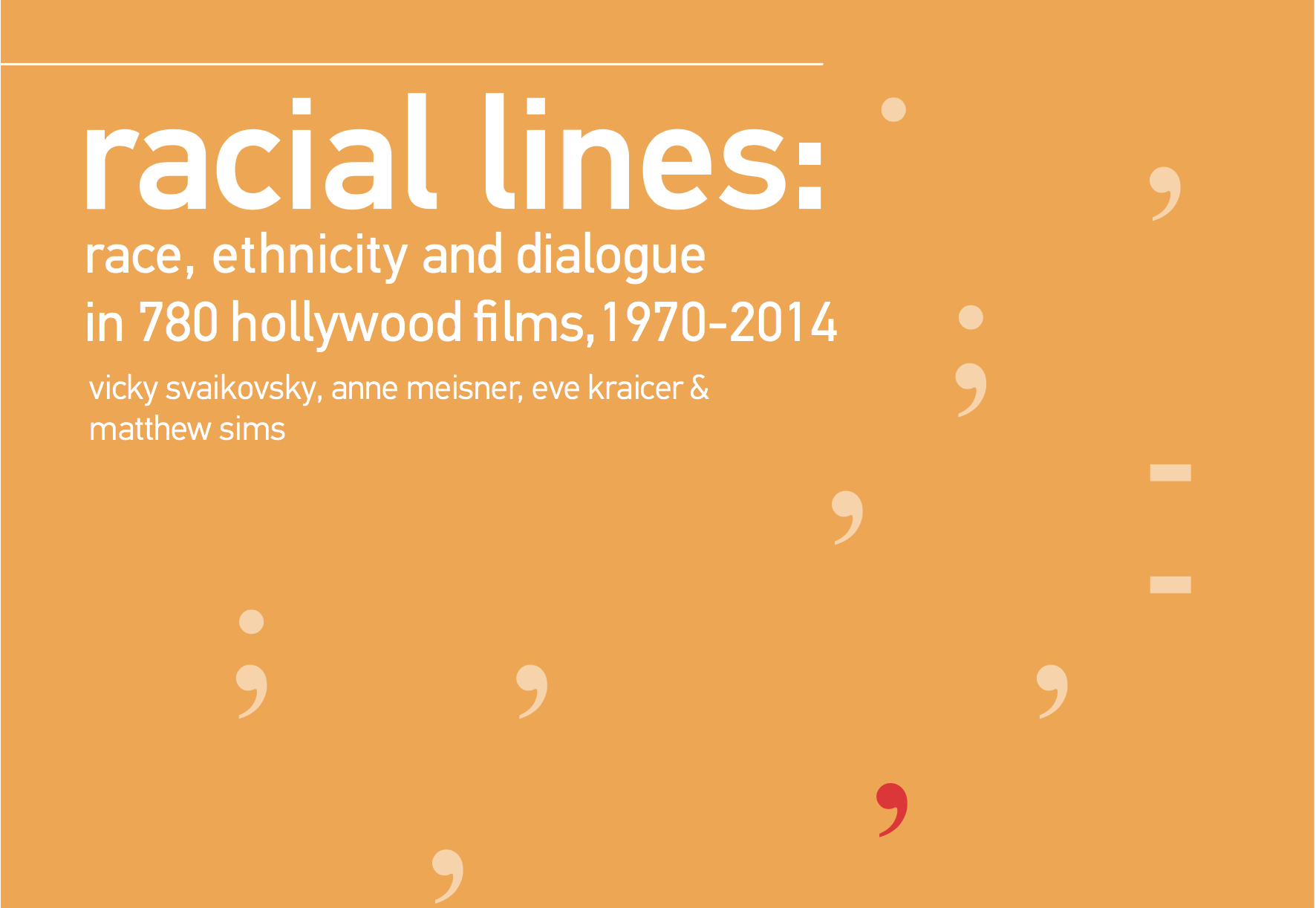 I am very pleased to announce the launch of a new series of papers that will be coming out of .txtLAB in the months (and hopefully years) to come. We are calling them “collaborations,” and not just because it’s a pun on the word “lab.” Even though they will have author names attached, they are collective projects of the lab, the outcome of numerous people working (and joking around) together. Those people are just about all undergraduates at McGill. The papers are meant to showcase the kind of sophisticated cultural analysis that becomes possible for students within this new research framework.

In addition to highlighting student-driven research, the papers are also meant to tackle cultural issues of social importance in a format that is accessible, compelling and visually appealing. “Social importance” can sometimes mean issues like racial bias in movies, as in our first collaboration, but it can also point to more joyful things like mapping character “universes” in movies and novels. We think both are important for increasing our understanding of culture and who is represented by it and how. We want our research to be meaningful but also accessible.

Our cover design, seen below, is itself a collaboration, between me and our McGill designer, Kinsley Twining Kreiswirth. Our aim was to capture something of the spirit of German and Swiss modernism, a moment of trying drastically new things, alongside, or on top of, a passage drawn from a famous page of world literature, with the text removed (get it?). It signals the idea of pattern, invisibility, refraction, but also a nostalgic attachment to things that endure, which is in many ways the very definition of “culture.” Feel free to try and guess what book the page is drawn from. Everyone here has sworn an oath of secrecy.

The first paper is titled, “Racial Lines: Race Ethnicity and Dialogue in 780 Hollywood Films, 1970-2014,” by Vicky Svaikovsky, Anne Meisner, Eve Kraicer, and Matthew Sims. You can read the full text at: Racial_Lines_2018. 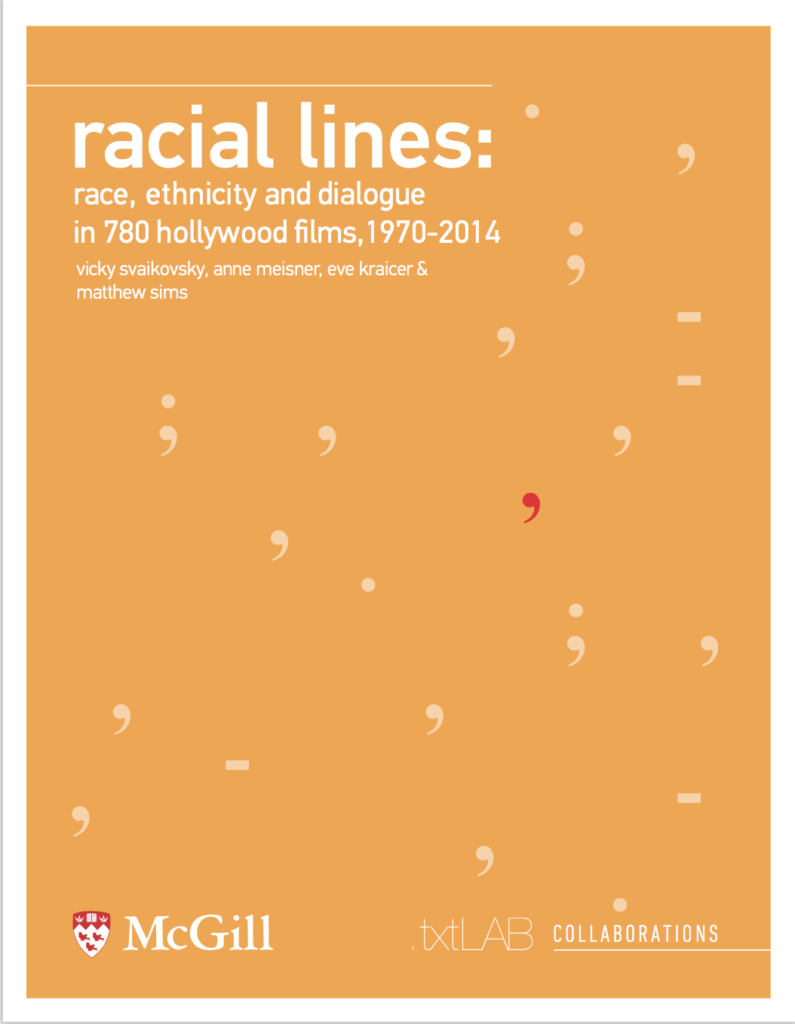