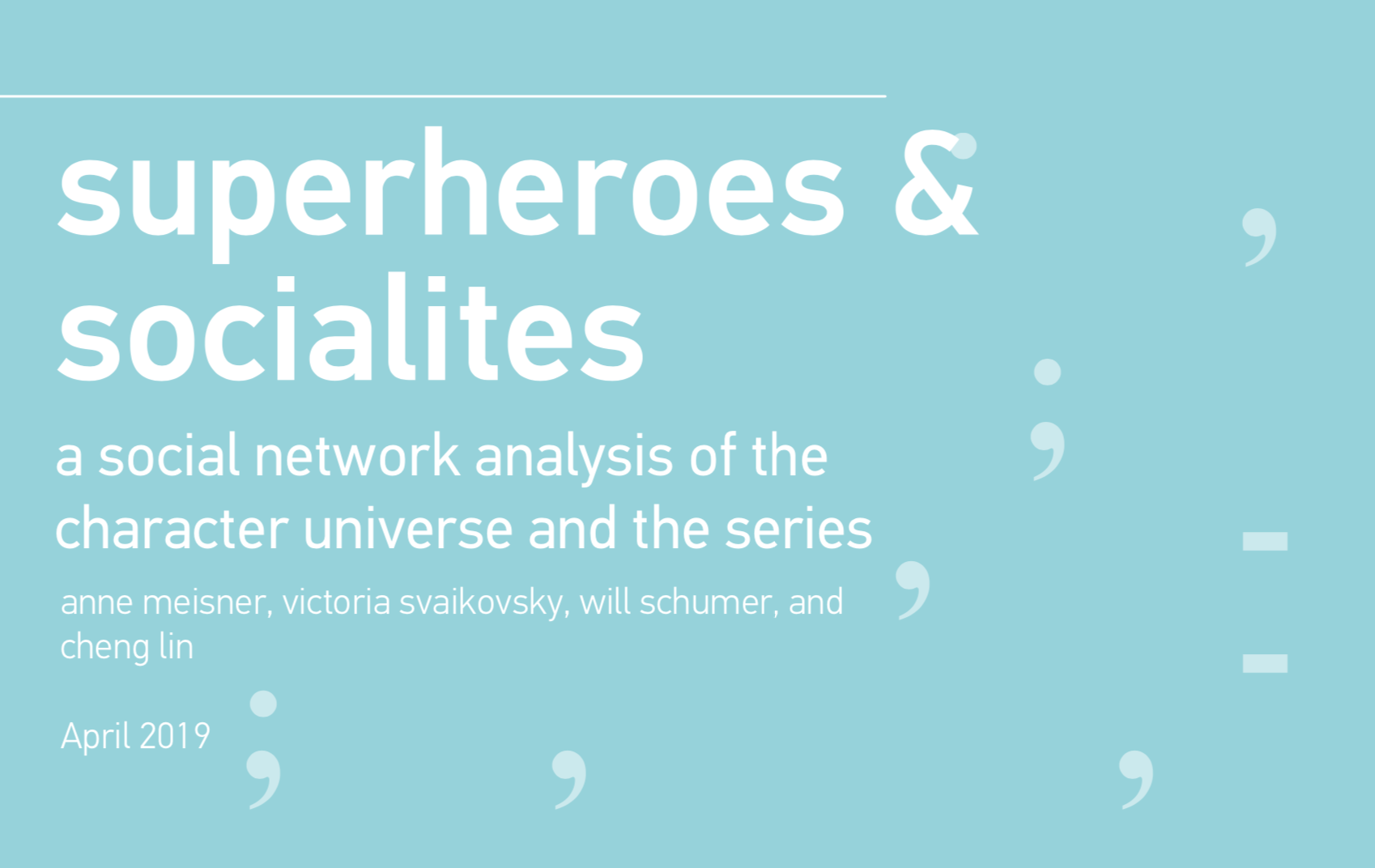 Anne Meisner, Victoria Svaikovsky, Will Schumer and Cheng Lin have produced a new lab collaboration that explores the nature of “character universes.” The Marvel character universe is said to mark a major new moment in Hollywood film production, and we were interested in better understanding the social structure of the “universe” compared to either traditional series structures or past media like novels. Marvel movies are currently one of the most popular franchises to date, sparking a billion-dollar franchise with a shared universe, and has completely changed the face of American Cinema. You can visit this source here to learn more, but suffice to say that no other production company before or since has been able to match the collective power, both financially and creatively, that Marvel has. So, it’s interesting to look back at the paralleled similarities and differences that separate Marvel from its other cinematic, and literary counterparts.

The authors look at the social networks created by Marvel, DC, Balzac and Harry Potter. They find all sorts of interesting things. Such as:

To find out more about our calculations, go check out the “collaboration” and read for yourself.