How Cultural Capital Works: Prizewinning Novels, Bestsellers, and the Time of Reading 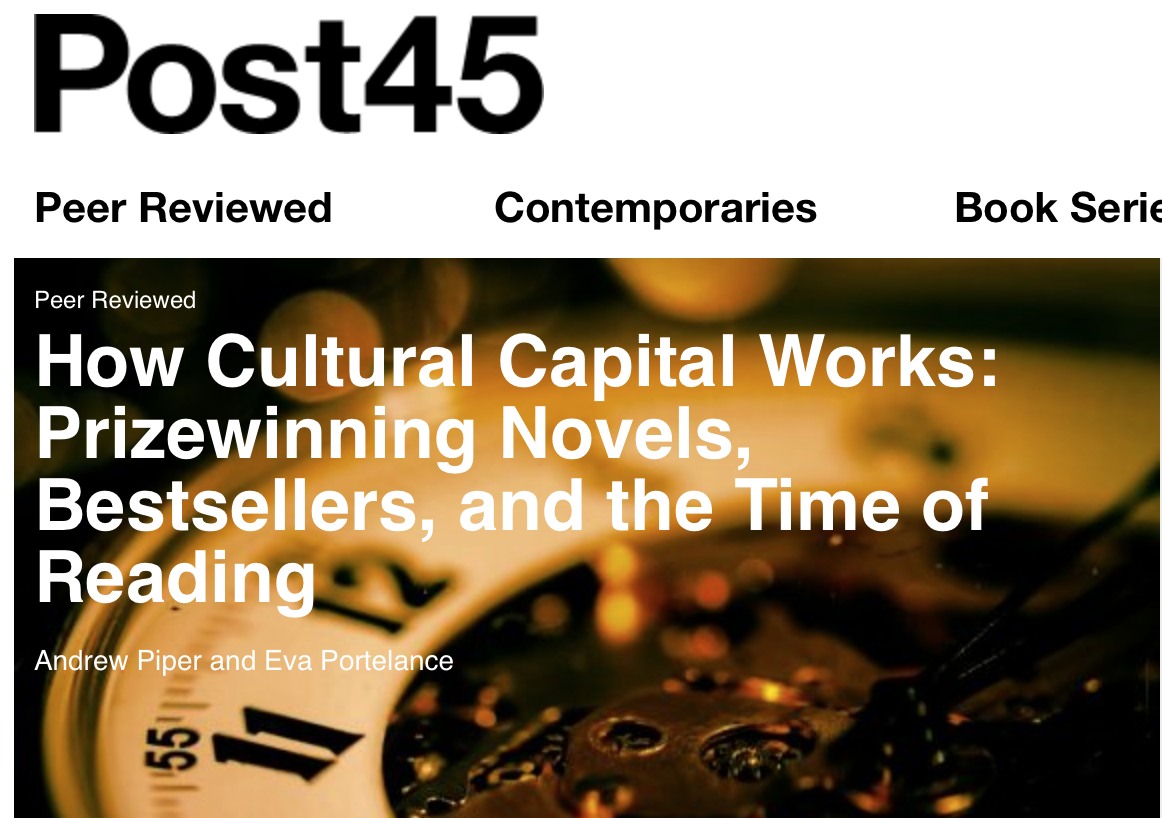 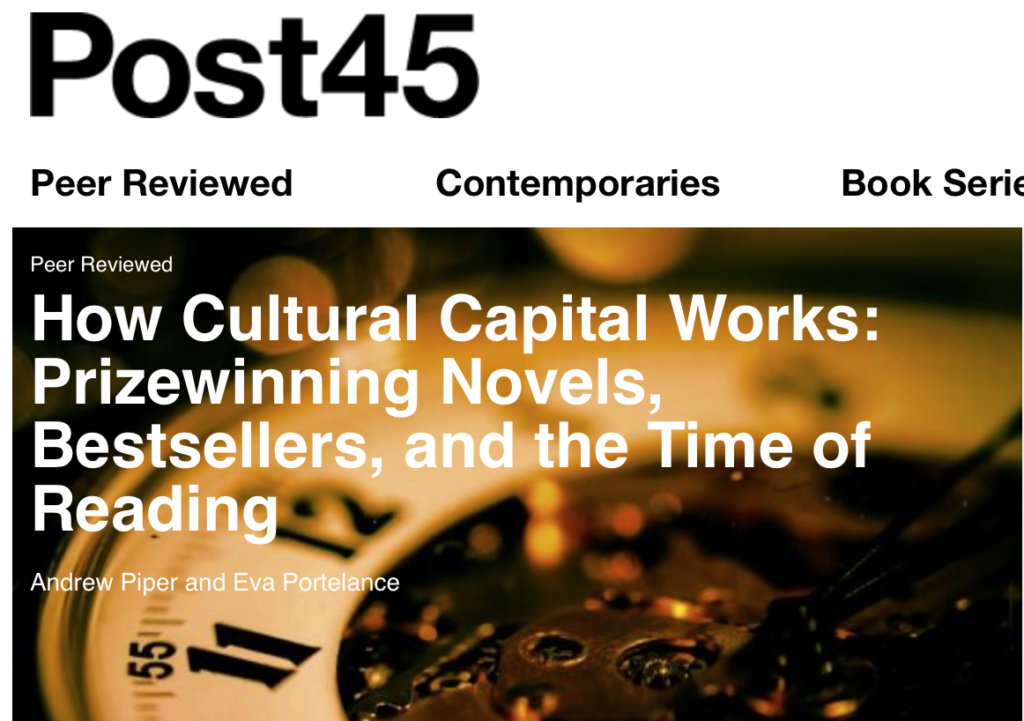 This new essay published in Post45 is about the relationship between prizewinning novels and their economic counterparts, bestsellers. It is about the ways in which social distinction is symbolically manifested within the contemporary novel and how we read social difference through language. Not only can we observe very strong stylistic differences between bestselling and prizewinning writing, but this process of cultural distinction appears to revolve most strongly around the question of time. The high cultural work of prizewinning novels appears most strongly defined by an attention to childhood, nature, and retrospection, while the economic work of bestsellers is defined by a diligent attention to the moment. As the forthcoming work of James English has shown, it is these temporal frameworks, or what Bakhtin might have called “chronotopes,” that emerge as some of the more meaningful ways to distinguish the work of cultural capital from that of economic capital.

The approach we use draws on the emerging field of textual analytics within the framework of Bourdieu’s theory of the literary field. Our interest lies in exploring a larger population of works, but also the ways in which groups of works help to mutually define one another through their differences. As Bourdieu writes, “Only at the level of the field of positions is it possible to grasp both the generic interests associated with the fact of taking part in the game and the specific interests attached to different positions.” We wanted to test the extent to which “bestsellers” and “prizewinners” cohere as categories and how this coherence may be based on meaningful, and meaningfully distinguishing, textual features.

Our aim is to help us see the values and ideological investments that accrue around different cultural categories — the act of “position taking,” in Bourdieu’s words — and the ways in which these horizons of expectation help maintain positions of power and social hierarchy. Our project is ultimately about asking how forms of social and symbolic distinction correspond and how that knowledge may be used to critique normative assumptions about what counts as significant within the literary field. The high cultural investment in retrospection that we see on display should not be taken as a default but can also be seen in a critical light — as privileging a more regressive, backward looking narrative mode.

For the full article, you can go here.