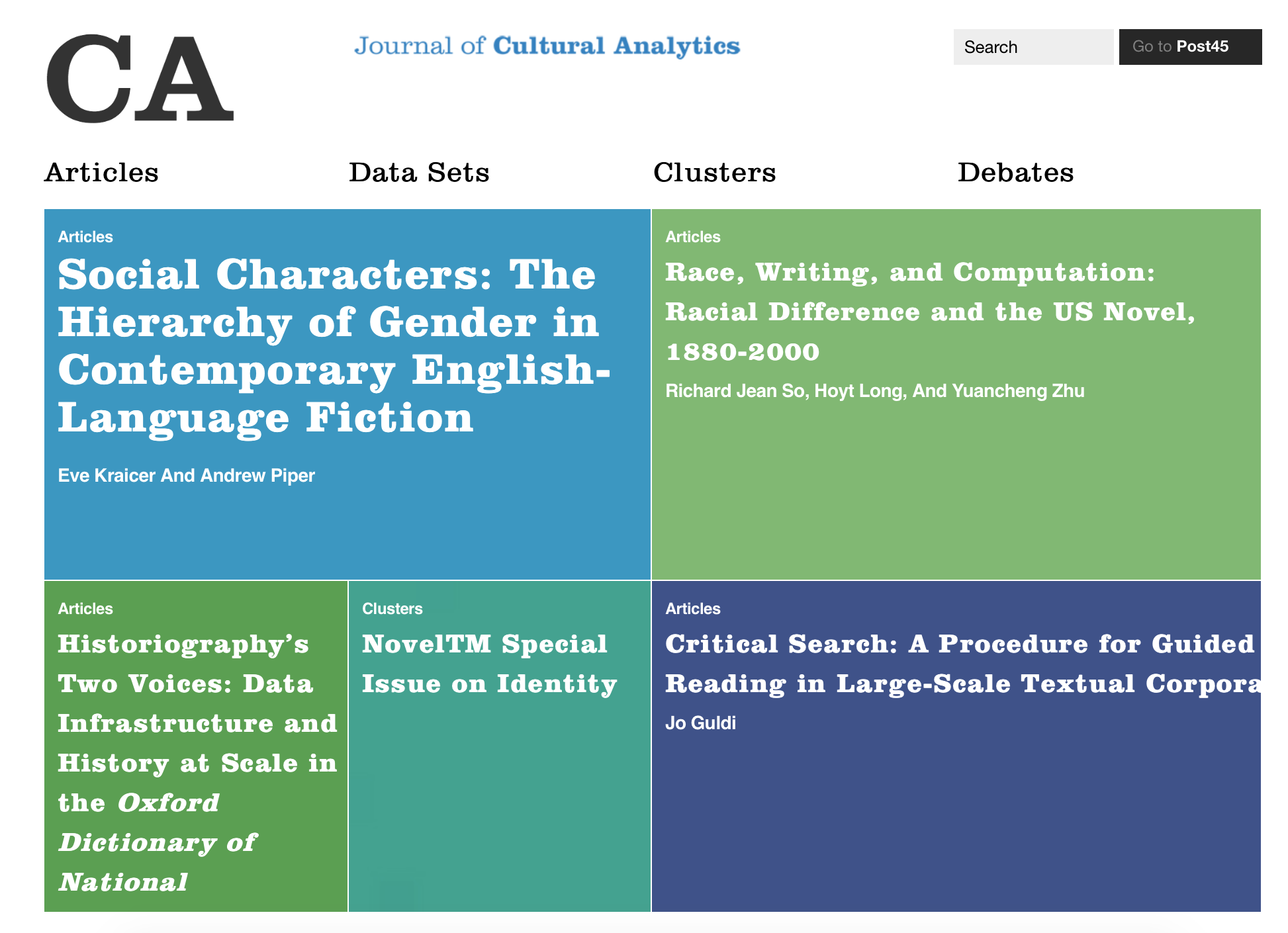 Eve Kraicer and I have co-authored a new piece in The Journal of Cultural Analytics. It’s called “Social Characters” and looks at the distribution of gender among characters in a collection of ca. 1,300 contemporary novels. Where previous work has emphasized the growing gender parity with respect to authorship in the publishing industry, we wanted to test the composition of fictional characters. When we make people up, do we do so with any kind of regularity when it comes to their assessed gender?

A few things that I think are worth highlighting from the piece: