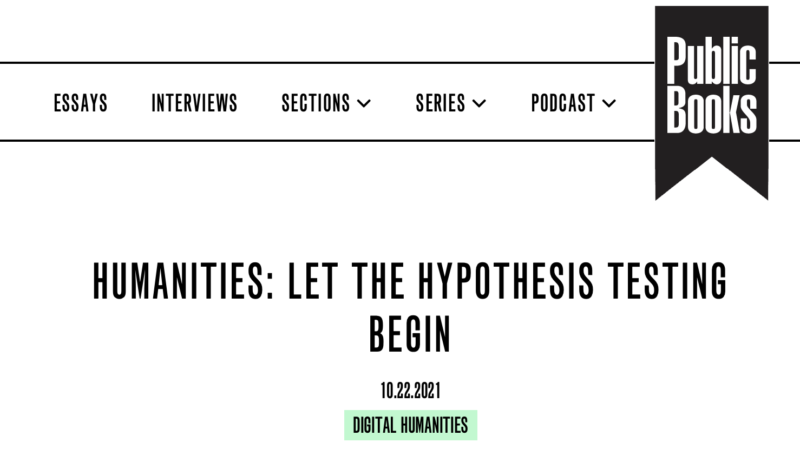 We are well aware of the problems that surround hypothesis testing in other fields (conventionally known as the replication crisis). But the solution to these problems is not less testing or less transparency, but more of both.

As we conclude our piece: “Let’s be honest. While it is tempting to think of the replication crisis as somebody else’s problem, the humanities have a replication crisis of monumental proportions. We have so many theories that have never been adequately tested or validated.” There is a tremendous research opportunity to take the rich tradition of theories developed in the humanities and start trying to test, validate, modify and reject them. Some will stand the test of time; some, like Pascale Casanova’s (whom we test in our piece), won’t. New theories will be developed, and old theories will be adapted. Whatever the case, our field will benefit.